Connecting a bluetooth mate to a Lilypad Arduino

I've been searching for some clear tutorial on how to connect a Sparkfun Bluetooth Mate and a Lilypad Arduino. Gladly, I haven't found it, so i'm posting one here. Hopefully this will be useful for those working with bluetooth and wearable projects.

NOTE THAT: bluetooth mate Gold and Silver from Sparkfun are made to work with the Lilypad: pins TX and RX are inverted on these boards (not the same as with the other boards). 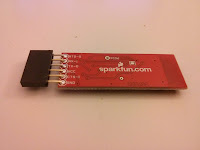 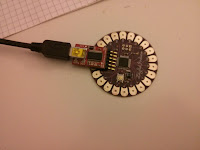 I then connected the FTDI to the Lilypad so I could upload the initial test program Jonathan Warren wrote.
(select tools>Board> Lilypad Atmega 328) 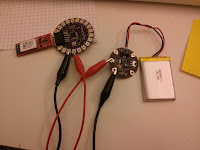 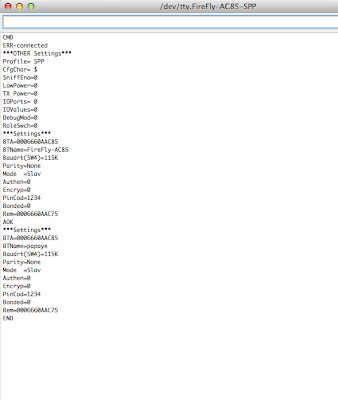